An American and a Moldovan businessman connected to leading Moldovan media and internet companies have enlisted the services of Mossack Fonseca, the notorious financial services company involved in the Panama Papers scandal. 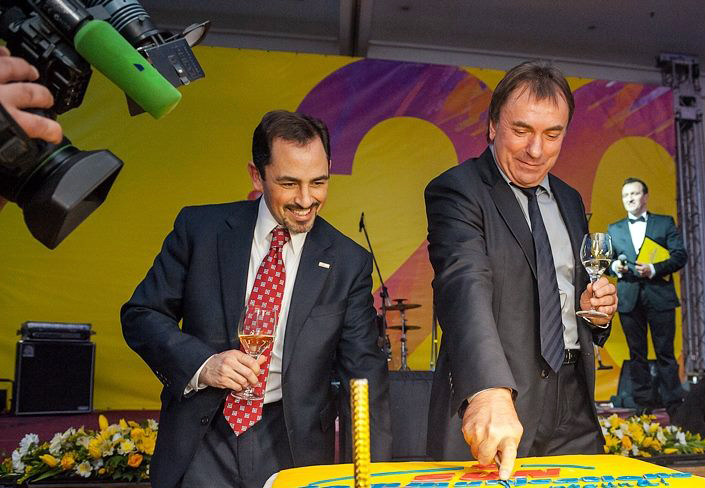 The Panama Papers are a trove of 11.5 million internal documents of Mossack Fonseca, a Panamanian legal firm doing business in offshore tax havens for clients who want to hide their identities and/or holdings. The data was obtained by the German newspaper Süddeutsche Zeitung and shared by the International Consortium of Investigative Journalists with RISE Moldova and more than 100 media partners from 76 countries.

Documents found among the Panama Papers reveal the real owner of Sun Communications.

Cash investment in television
Sun Communications was founded in 1993 as Sun TV, part of the US-based Metromedia International Group Inc. – one of the largest investors in the television, radio and mobile industry in Eastern Europe and ex-Soviet countries in the 1990s.

Between 2002-2005, Metromedia International Group sold most of its assets in Eastern Europe and the former USSR, because of financial difficulties. Assets sold included its 65 percent share in Sun TV.

According to Metromedia International Group’s financial report submitted to the US Securities and Exchange Commission (SEC), the sale took place in November 2003. The new owner of the Sun TV shares was Lekert Management Ltd., which paid US$ 2.1 million in cash for Sun TV and Sun Construcţie SRL. Details, HERE

In its report submitted in 2003, Metromedia International Group told the SEC that Lekert Management Ltd. was affiliated with a company named Neocom SRL, which prior to the transaction had owned the remaining 35 percent of the Sun TV shares.

The new controlling shareholder of Sun TV, Lekert Management, was founded in 2003, and Mossack Fonseca managed the registration process.

According to the Panama Papers, when Lekert Management was founded, its owner was listed as a Swiss company, Hypercomm AG, which was subsequently dissolved in 2013. Details, HERE

In communications with Mossack Fonseca, John Maxemchuk, the current director of Sun Communications, identified himself as „the Director of Lekert Management and, through Hypercomm AG of Switzerland, we are also the indirect owners”. Details, HERE

In June 2012, Alexandru Sarbu, Maxemchuk’s business partner at Sun Communications, became the official owner of 50,000 shares of Lekert worth a dollar each.

John Maxemchuk: “I was a director. Alexandru Sarbu has been always an owner there! (n.b. – at Lekert Management)”

Offshore money for daughter’s studies
A number of documents found in the Panama Papers reveal payments for various services, including personal expenses and fees to study abroad, all supported by Sun Communications’ owner.

For example, in August 2011 Lekert Management transferred $17,000 to the account of Suffolk University in Boston, Massachusetts, where Sarbu’s daughter Silvia was enrolled. Details, HERE

The money was transferred from Lekert accounts at the Austrian bank Hypo Landesbank Vorarlberg.

On Thursday, April 7, 2016, following the global publication of Panama Papers stories, the executive director of the bank, Michael Grahammer, resigned.

Alexandru Sarbu did not want to comment on his appearance in the Panama Papers, stating only that he does not remember exactly all the information about either Lekert Management in BVI or Hypercomm AG in Switzerland. However, the businessman did not deny the payment for studies: “If you see that in the documents, then it happened.”

Sun Communications is currently the largest provider of cable television in Moldova, with a capital of 107 million lei. With an approximate number of 100,000 subscribers and a 36% market share, they’ve managed to gain about 100 million lei revenue in 2015 from cable TV services alone. In addition, the company is the third largest ISP in Moldova, holding a market share of 4.5% and income of about 48 million lei in 2015. Details, HERE

Network firm and televisions
Besides Sun Communications and Sun Construcţie, Alexandru Sarbu is the founder of seven other companies in Moldova.

Sarbu is the co-owner of National 4 TV channel via the Selectcanal-TV company. The TV channel is one of the top 5 channels in Moldova based on audience size. Details, HERE

Eugeniu, his son and partner at National 4, owns another channel called Agro TV, through the company Jevise SRL. Details, HERE and HERE

As for John Maxemchuk, he also registered a company in BVI through Mossack Fonseca. The firm, Spark Management Consulting Services, was founded in 2003. In December 2012 he transferred ownership of the company to his wife, Aliona.

John Maxemchuk: “Spark Management Consulting Services is a consulting and investment management company [handling] everything related to telecommunications. Especially for investors who are interested in coming to Eastern Europe. I had a little interest in real estate, but I lost money there. Perhaps, I’m not good at this. It’s not a big company. We provided assistance for companies in Moldova as well, but I can’t tell you the names. It is confidential information.”