In the Republic of Moldova, they call it the “Theft of the Century.”

In 2014, $1 billion was drained from three banks in Europe’s poorest country into a web of secretive offshore companies. The money disappeared leaving taxpayers with the debt, the banks collapsed, and local authorities are still scratching their heads, trying to recover the missing cash.

Even as that billion-dollar theft was taking place, a fourth Moldovan bank, Moldindconbank, was routing $20.8 billion in Russian money through its accounts as part of the Russian Laundromat, the biggest money laundering operation ever uncovered in Eastern Europe. Most of that money would leave the country as well, getting routed to Europe and beyond to pay for luxuries like two Bentley cars, expensive prep schools of some rich person’s kids and electronics for the Russian defense industry. 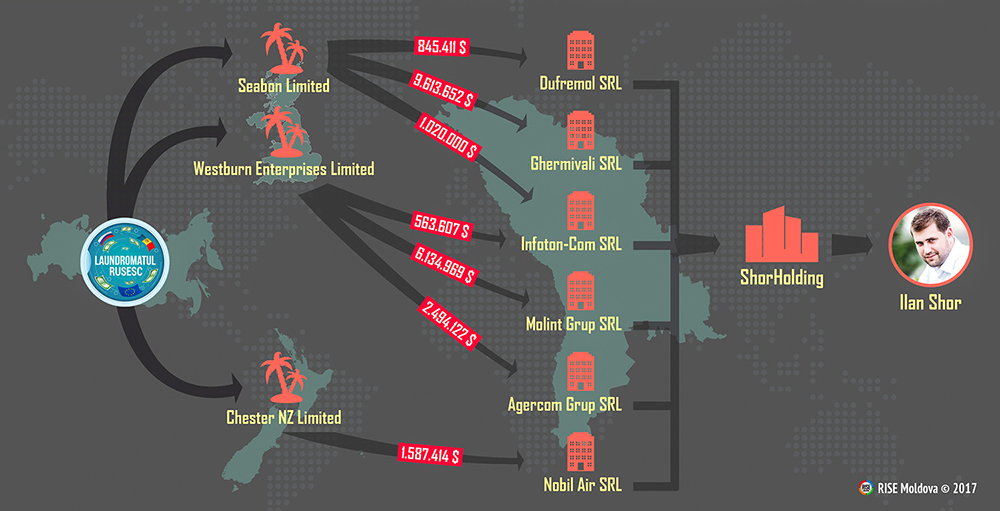 Now OCCRP and RISE Moldova has learned that the two schemes were similar in design, and that they both involve the same person: Moldovan business wunderkind Ilan Shor.

Records examined by OCCRP reporters showed that Shor headed a group of 39 mostly shell companies, some of which received Laundromat money while others were involved in transactions from the $1 billion Moldovan theft. A few of Shor’s companies appear in both schemes.

The Meteoric Rise of a Young Businessman
To find the perpetrators of the $1 billion theft, the Moldovan National Bank hired one of the world’s biggest private investigators: London-based Kroll Associates UK.

The global due-diligence company issued a report in April 2015 which pointed the finger at Shor: “Based on information available to date, a number of factors suggest that IIan Shor and individuals associated with him played an integral role in coordinating this activity, suggesting that he was one of, if not the only, beneficiary.”

Shor, 30, was a young man on the move in Moldovan business circles. While still in his twenties, he controlled a political party, a football team, and the lucrative duty-free shops at the airport in Chișinău, Moldova’s capital. He held an executive board position in one of the country’s leading banks and married a pop singer, Jasmin, who was decorated by Russian President Vladimir Putin as an “honored artist of Russia.”

His meteoric rise came to a screeching halt when Kroll found connections between Shor and companies involved in stealing $1 billion from the three Moldovan banks: Banca de Economii, Unibank, and Banca Sociala.

Shor was arrested in 2015 on money laundering and embezzlement charges. Anti-corruption prosecutors say that he laundered more than $335 million of the stolen billion.

While under arrest, Shor told prosecutors about a $250 million bribe he allegedly paid to the country’s former prime minister, Vlad Filat, to help him control Banca de Economii, one of the banks involved in the massive theft. The authorities investigated the claim, and in 2016, sentenced Filat to nine years in prison for corruption.

Shor also told Moldovan law enforcement that money went to Veaceslav Platon, an architect of the Laundromat scheme now awaiting trial in Chișinău after being arrested in Kyiv, Ukraine. Shor said he directed millions of dollars to bank accounts belonging to offshore companies that are believed to be controlled by Platon. 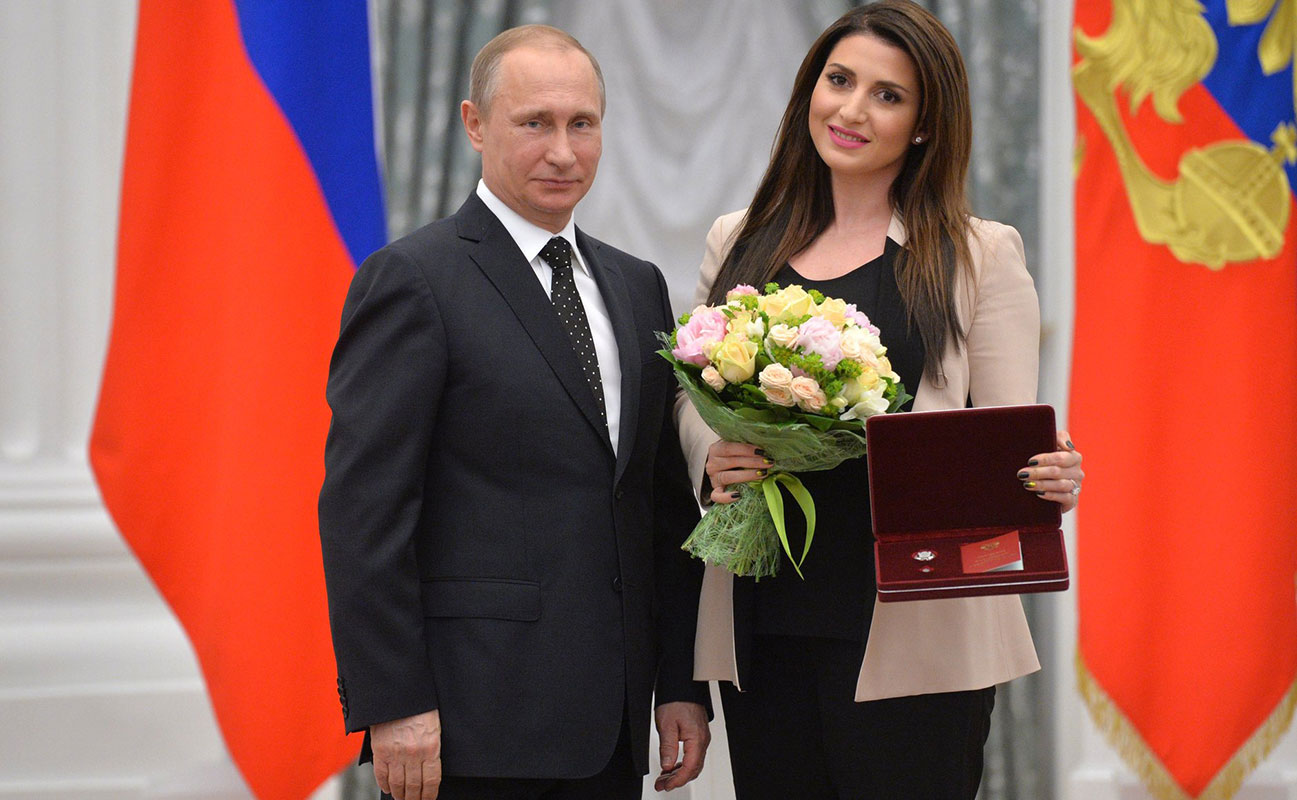 Shor and the Laundromat
On examining newly discovered Laundromat data, RISE Moldova, an OCCRP partner, found that between April 2011 and December 2013, six companies connected to Shor received a total of about $22 million from three of the main ghost companies involved in the Russian Laundromat: Seabon Ltd., Westburn Enterprises Ltd., and Chester NZ Ltd.

These money transfers to Shor companies all followed a similar pattern.

For example, on June 28, 2013, Dufremol SRL, a Shor company that owned the duty-free shops at the Chisinau airport, received $845,000 from Seabon Ltd., a U.K.-based company with a prominent role in the Laundromat. The bank records indicated that Seabon’s payment was for laptops it had purchased from Dufremol.

When asked for comment, Ilona Shor, director of Dufremol and Ilan Shor’s stepmother, said: “Dufremol does not have any debt towards the companies you mentioned and those companies have no debts to Dufremol. We don’t have any other information.”

Earlier that same day, Seabon’s Moldindconbank account had received $12.7 million from five different Russian companies involved in the Laundromat. These were part of $700 million that Seabon would get as part of the Laundromat scheme.

Shor continues despite his current legal trouble to pursue power. He campaigned while under arrest for the position of mayor in the Moldovan city of Orhei – and he won in a landslide.