A judicial war unleashed against Moldova more than a decade ago by the Ukrainian company Energoalians has left a hole of millions of lei in the country’s budget. For about four months, all the money collected by state air traffic control company MoldATSA, which directs the planes in Moldovan air space, has been frozen in a special account in Belgium at the request of the Ukrainian company Komstroy, the legal successor of Energoalians. 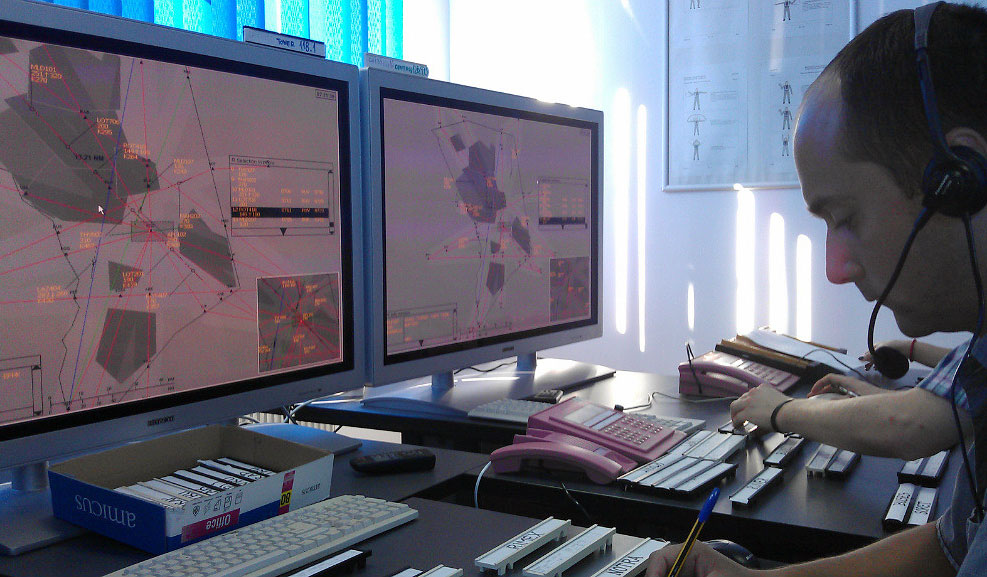 In April 2015, Belgian court officials froze € 144,190 (about 3,000,000 lei) on accounts held by MoldATSA in Belgium (Details, HERE). The seizure was a result of the Feb. 17, 2015 decision by a Brussels court in favor of the Ukrainian company Komstroy, which merged with Energoalians in December 2013 and became its legal successor (Details, HERE). MoldATSA appealed the tribunal’s decision that was admitted on 9 July 2015 by a Brussels court (Details, HERE). Komstroy appealed this decision and the examination of the appeal is planned for December 2015.

Komstroy’s founders are Dmitro Sarnaţki, with 60 percent; and the company Avtosila, with 40 percent. Sarnaţki is a business partner of Vitaliy Podvishevskyy at the Ukrainian company Transbud. Podvishevskyy is connected to Veaceslav Platon and holds 4.33 percent of Moldindconbank, the second biggest bank in Moldova and the institution used in the Russian Laundromat of US$ 20 billion. Details, HERE

Roman Toporov, the trade union leader from MoldATSA, said another factor is a 60 percent drop in air traffic as a result of the war in Ukraine. Toporov also said that the administration did not violate employees’ rights and salaries are now being paid on time. RISE Moldova sought a reaction from Veaceslav Frunze, the director of MoldATSA, but he declined comment.

The dispute dates back to Oct. 25, 2013 when the International Commercial Arbitration Court of Paris ordered Moldova to pay US$ 47 million to Energoalians (Details, HERE). The amount represents debts and penalties accumulated by the state company Moldtranselectro for electric power delivered by the Ukrainian company 15 years ago.

To recover its money, the Ukrainian company started lawsuits in various countries to pursue Moldova’s trade assets, and the MoldATSA accounts freeze was one result. Simultaneously with its actions in Brussels, Komstroy, the successor of Energoalians, also sought to enforce the decision of the Paris Arbitration Court in Moldova. On June 19, 2015, the Chişinău Commercial District Court rejected its request, saying it lacked jurisdiction and recommending that the request be filed with the Buiucani District Court. The hearing was scheduled for Aug. 20, 2015.

On Aug. 13, the National Anticorruption Center (NAC) opened an investigation into the matter at the request of Vice-Minister of Justice Nicolae Eşanu.

“A criminal case has been started. The Ministry of Justice has asked the NAC to review the legality of this debt and Moldova’s actions in the International Arbitration Court,” the NAC spokesperson Angela Starinschi said.

Lawsuits on treadmill
Energoalians and Komstroy have filed lawsuits against Moldova in Ukraine, Moldova, France, Belgium, Russia, and in the United States. They are seeking repayment of debts allegedly accumulated between 1999 and 2000, when the Ukrainians delivered electric power to Moldova’s Moldtranselectro through the offshore company Derimen Properties Ltd., from the British Virgin Islands. Details, HERE

A report by Ukraine’s Court of Accounts from September of 2001 found that “the payments for the electric power supplied to Moldova in 2000 were made in accordance with the contract requirements” and accounts were current. By 2002, the relationship between Moldovan consumer and Ukrainian provider had unraveled. Moldova’s Court of Accounts asked Moldtranselectro to recover US$ 10.8 million it had paid to Energoalians and to correct its financial records to remove any reference to a debt of US$ 9.4 million to Energoalians, saying there was no justification for the charges. Details, HERE

Energoalians, in turn, invoked a 2000 agreement with Moldtranselectro management in which the latter allegedly admits to the debt for the electric power supplied in 1999 (Details, HERE). The 2013 decision of the Paris Arbitration Court notes that one of the agreements for importing energy signed in 1999 by Moldtranselectro and Energoalians contains provisions “so contrary to the interests of Moldova’s population and Moldtranselectro that the manager of Moldtranselectro, while signing, must have acted either under pressure or in a fraudulent manner (for example, in complicity with the plaintiff).”

Energoalians appealed the decision of Moldova’s Court of Accounts but lost; it also lost its Moldovan lawsuits against Moldtranselectro. In the summer of 2007, the dispute moved to Ukraine, where the sum at issue was now US$ 56.7 million, due to penalties for late payment.

In 2008, a company called Katko appeared in the process, against which the Ukrainian authorities had filed a criminal case for forgery of acts and fictitious activities.

The Paris lawsuit
While lawyers were fighting in In Ukraine and Moldova, in 2010 Energoalians took the dispute to the International Arbitration Court in Paris, claiming damages of US$ 47 million from Moldova (the claims figure differs because of fluctuations in the exchange rate). Three years later, in October 2013, the Ad Hoc International Commercial Arbitration Court of Paris decided that Moldova had to pay the Ukrainian company (Details, HERE). The arbitration court’s decision is final but can be vacated by a court if a violation of the procedures is proved.

Moldova, represented by Vice-Minister of Justice Nicolae Eşanu, filed a formal appeal with the Paris Court of Appeal that is to be examined in September 2015. In order to defend Moldova’s interests, the government hired lawyers from BAA ACI Partners from Moldova and DLA Piper UK LLP, a company with the right to practice in France.

Pursuing Moldova’s trade assets
In the spring of 2014, Viacheslav Lych, lawyer for Energoalians, asked Moldova to pay up as ordered by the Paris court. Then-Minister of Justice Oleg Efrim replied that the verdict must be overturned because “the court erroneously decided that it had competences to examine the complaint of Energoalians and recognizing and enforcing the decision of the Arbitration Court contravenes the international public order. In such conditions, we think that any voluntary enforcement measures, until the issue of a decision by the Paris Court of Appeal, will severely affect Moldova’s interests.” Details, HERE

After this refusal, Energoalians began enforcement proceedings in multiple countries. In Belgium, MoldATSA’s accounts have been frozen.

Yet another lawsuit against Moldova was filed in the US, where Urkraine is now seeking 593 million lei (US$ 30 million) from Moldova, with another US$ 540,000 in court costs (Details, HERE). Komstroy has also filed lawsuits in Russia and in Moldova.

Eşanu told RISE Moldova, “Our entire hope is to get the decision of the Paris Arbitration Court cancelled. If it is not, Moldova will have to pay the entire amount (about US$ 47 million), which will cause big problems for the country. The fact that we face trials with them in Moscow or in the US and spend large amounts on lawyers does not matter so much.”

As to the possible seizure of assets, Eşanu says that Moldova does not have so many trade assets, so it wouldn’t be a big problem.

In July 2015, lawyer Gene M. Burd arrived in Chişinău. He represents Energoalians in the US and previously defended Pavlo Lazarenko, ex-Prime Minister of Ukraine, when he faced trial in American courts for fraud and money laundering. Burd declined to comment on the case.

Energoalians is also involved in lawsuits in Moldova and Ukraine with Westburn Enterprises Ltd. and Valemont Properties Ltd., offshore companies allegedly involved in the Russian Laundromat scheme for laundering more than US$ 20 billion from Russia through the Moldovan judicial and banking systems.