Businessman connected to Plahotniuc, associated with a former Prime Minister

Documents from the #PanamaPapers have revealed another Moldovan businessman with hidden offshore connections: telecommunications executive Gheorghe Nicolaescu. Nicolaescu joined forces with former Prime Minister Cyril Gaburici and Liliana Ilescu, the sister of the President of the Central Election Commission. Some of these companies link directly to wealthy Moldovan businessman and politician Vladimir Plahotniuc. 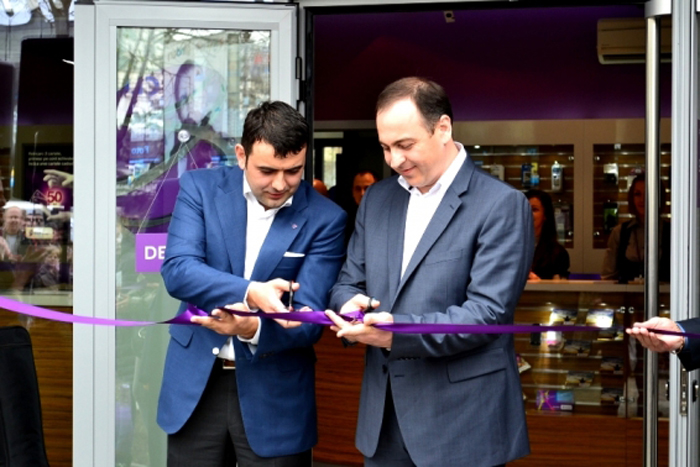 In 2008-2009, Gheorghe Nicolaescu, 39, was the administrator of Local Media SRL (Details, HERE), an advertising agency. Following several transactions between offshore companies, the agency became the property of OTIV Prime Media BV (Netherlands), which was represented in Moldova at the time by Andrian Candu, the current president of the Parliament. Details, HERE

Plahotniuc and Candu are members of the Democratic Party of Moldova (PDM). According to its financial report for 2014, Local Media offered the DPM street advertising services for 270,000 lei (US$ 13,740). Details, HERE

In Romania, Nicolaescu is associated with a company called Stretch Design SRL. Associated with him is Dorin Pavelescu, who is part of Plahotniuc’s entourage (Details, HERE). The two did business together in Bucharest through the Romanian companies Vin SRL Megapolis Advertising SRL. Neither company is active anymore. Details, HERE and HERE

The transaction between Pavelescu and Candu
On Nov. 8, 2010, Media Production Ltd., which is active in the field of radio, TV and cinema and is owned by the American company Media Resources LLC (represented by Pavelescu), was sold for 3.5 million lei (US$ 175,000 at current exchange rate). The buyer was OTIV Prime Media BV (Netherlands), represented by Candu.

Currently, Pavelescu manages Casa Media Plus, which is the largest advertising agency in Moldova. It holds the exclusive right to sell advertising space on Publika TV, Prime TV, 2 Plus, Channel 3, N4, and on other stations. According to its 2012 financial report, the company received revenues of almost 100 million lei (US$ 5 million) from sales. Details, HERE

Pavelescu is also the sole shareholder of the company known as Real Radio SRL, whose name is associated with CTC Television Moldova and Super TV.

Nicolaescu’s Affairs in Moldova
Nicolaescu is the sole owner of the telecommunications company KVK-Moldova SRL (Details, HERE). Since 2012, when former Prime Minister Cyril Gaburici, held the position of CEO of Moldcell, KVK-Moldova was a distributor and partner of the mobile operator Moldcell (Details, HERE). According to information from Russian customs in 2013, KVK-Moldova imported satellite monitoring equipment worth more than US$ 40,000 from Russia.

Nicolaescu owns 34 percent of the capital in his second business, M-Docs SRL. Gaburici, the former prime minister, has a 33 percent share; the remaining third is owned by Liliana Ilescu, the sister of Iurie Ciocan, who is Chairman of the Central Election Commission. Details, HERE

In 2011, there was a transaction between the families of Gaburici and Nicolaescu, when Nicolaescu sold an apartment of 130 square meters in the center of Chisinau to Vasile Gaburici, father of the former Prime Minister.

The stated activity of the shell companies is providing services for mobile operators worldwide, and to provide advice in the telecommunications industry. In particular, the two companies said they will conduct operations in the United Kingdom (UK), Israel, Hong Kong, Republic of Moldova and the US. Details, HERE

Reporters from RISE Moldova found that Nicolaescu used Framelight Ltd., based in the British Virgin Islands, to create Giness Ltd., a company registered in the UK. Details, HERE

Giness Ltd. presents itself as a technology developer and service provider for mobile telecom. Giness also lists five contact addresses, in Hong Kong, the US, the UK, and two in Moldova.

At one of the addresses of Giness in Chisinau, 259/9 Grenoble St., is the office of Media Format LLC, of which Nicolaescu’s wife, Ines, is a majority shareholder. Details, HERE

Gheorghe NICOLAESCU, about offshore companies: I has nothing with politics… I don’t leave in Moldova for several years. I have businesses outside the country. This is it! The businesses from Moldova have nothing in common with those outside. I will close those from Moldova…